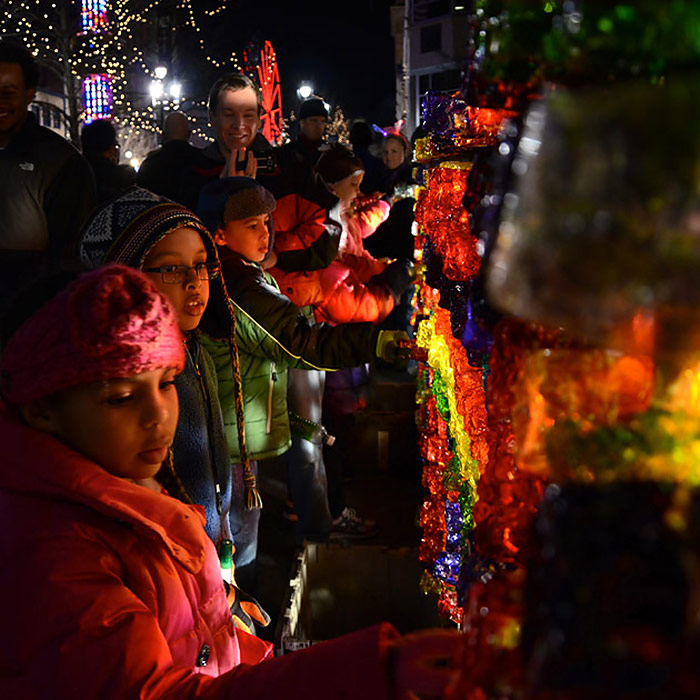 We couldn’t be more proud that this year’s honorary chairs for First Night Raleigh are Raleigh Mayor Nancy McFarlane, along with husband Ron. In that, the McFarlanes have enlisted locals and made a call for “Friends of First Night.”

Along with our sister festival Artsplosure, First Night Raleigh has blazed a trail that many other festivals have successfully followed, making downtown Raleigh a cultural and entertainment mecca. And on December 31, downtown will come alive as over 50,000 people celebrate the New Year with an amazing lineup of entertainment and art.

The Friends of First Night fundraising effort aims to ensure that everyone, regardless of life circumstances, has an opportunity to participate in this Triangle tradition. Our goal is to distribute 1,500 First Night admission tickets to Triangle area families who might night otherwise be able to attend. Those making this tax-deductible donations help underwrite the distribution of this program.

Every $25 raised makes three admission buttons available to youth and family service agencies. In fact, those donating can designate an agency or let us fulfill requests from the agencies who are signing up for the program.

Donors of $100 or more will receive two VIP sponsor buttons to First Night Raleigh 2015, allowing them to attend all First Night programs and join other supporters at a patrons’ reception. We will publicly recognize all $100+ Friends of First Night at the reception, as well as listing them in the program guide for next year.

Those who wish to make a donation can visit the donation portion of the Artsplosure web site. We’d love to hear from those donating by December 15. We can’t thank you enough for taking the time to learn more about Friends of First Night, and for considering a donation.

Thank you again,
The Artsplosure Staff

Artsplosure, the presenter of First Night Raleigh, today announced the festival’s lineup of visual and…