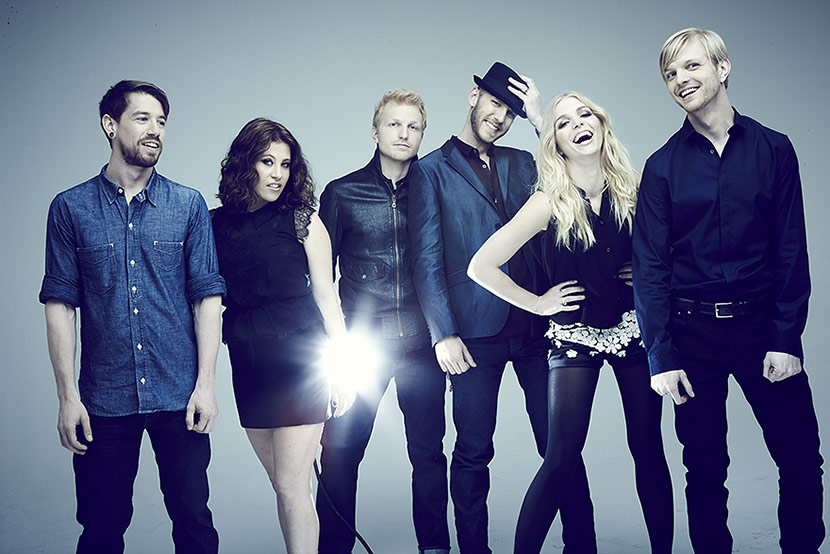 Raleigh, NC – Artsplosure announced today that Delta Rae will headline First Night Raleigh 2013, the capital city’s annual family-friendly New Year’s Eve celebration of the arts. The group will perform on the festival’s Main Stage on City Plaza, leading up to the Countdown to Midnight.

Delta Rae is a 6-member band, hailing from Durham. Their unique approach to music produces songs that are a true Americana blend of soul-stirring gospel, bluegrass, and blues with haunting stories and catchy 4-part pop harmonies. The group’s debut album Carry the Fire, released in June 2012, has led to resounding critical acclaim, nationwide airplay, and performances across the United States – including a June 2012 appearance on The Tonight Show, with an encore performance on Jay Leno’s show scheduled for tonight, November 26.

The band – comprised of siblings Ian, Eric and Brittany Hölljes, along with Elizabeth Hopkins, Mike McKee and Grant Emerson – was signed to Warner Bros. Records by legendary producer Seymour Stein in the summer of 2011. Stein says of the group, “Their music touches on all aspects of Americana – Gospel, Country, Blue Grass, and Blues. That said, the songs are strong pop and have wide appeal. There are a lot of bands in the UK right now, most notably Mumford & Sons, reviving Americana and feeding it back to us here in the US, but Delta Rae is more of a homegrown variety.”

Delta Rae will perform beginning at 10:45 PM on Monday, December 31 in downtown Raleigh, as the closing act of Artsplosure’s 22nd annual First Night Raleigh celebration. First Night Raleigh 2013 begins at 2:00 PM on New Year’s Eve with the Children’s Celebration at the North Carolina Museums of History and Natural Sciences, in the new Nature Research Center and on Bicentennial Plaza. The People’s Procession at 6:00 and Early Countdown hosted by Chuck Davis, with fireworks at 7:00, will kick off the evening entertainment. Performances and activities featuring music, dance, comedy, and other art forms will take place in over three-dozen venues throughout downtown Raleigh. First Night Raleigh concludes with the Countdown to Midnight hosted by Ira David Wood III, the descent of the Raleigh Acorn, and fireworks at Midnight.

First Night Raleigh 2020 admission passes are on sale now, just in time for the…

Raleigh, NC – Tom Hester, president of the Artsplosure Board of Directors, announced today that…