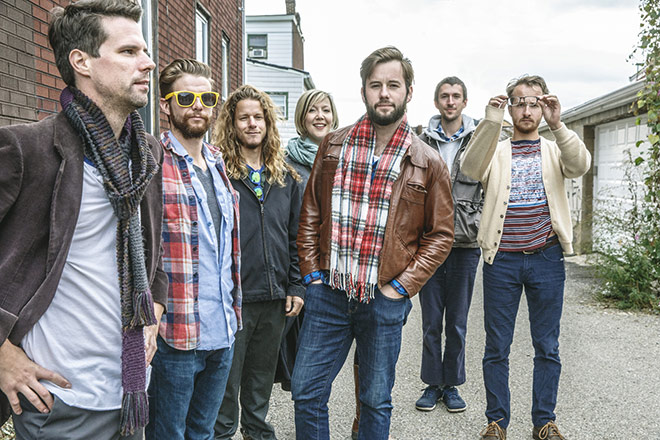 Artsplosure proudly announces Holy Ghost Tent Revival as the headliner of its annual New Year’s Eve celebration, the return of the daytime DIY Festival, as well as an array of performances by both regional and local North Carolina favorites.

Admission for First Night Raleigh 2018 is now on sale at:

This year’s celebration kicks off at 2:00 pm with the return of the DIY Festival at the N.C. Museum of History, N.C. Museum of Natural Sciences and outdoors on the Bicentennial Plaza. The DIY Festival will feature a multitude of workshops and demonstrations from professional artists and performers. Adults and children alike can try out something new, from creating time capsules to hand lettering and making rhythm instruments! Art Putt, a miniature golf course and interactive art installation, will be aglow on Fayetteville Street beginning at 2:00 pm with illuminated art by local neon artist Nate Sheaffer. After an afternoon of putt putt and crafting, at 6:00 pm attendees can walk in the annual People’s Procession, which culminates at the City Plaza Early Countdown at 7:00 pm Performances on the City Plaza Main Stage begin at 5:30 pm with music from Cane Mill Road and the Triangle Youth Jazz Ensemble. Later into the night, the streets of Raleigh come alive with performances in 30+ indoor and outdoor venues over 20 blocks of downtown Raleigh.

Starting at 10:30 pm, North Carolina favorites Holy Ghost Tent Revival will headline this year’s Main Stage leading up to the countdown to 2018. Joining them will be Raleigh’s own Ira David Wood III and his son, Ira David Wood IV, both of whom will return as the countdown master of ceremonies, with the famous acorn dropping at midnight while fireworks are shot off into the night sky.

Patrons will be thrilled as the Fantastical First Night Ferris Wheel returns to Fayetteville Street. And be sure not to miss our newest amusement ride addition as we debut “F-5” a giant swinging pendulum that will light up Fayetteville St. Both amusements will open to the public at 2:00 pm on the afternoon of Dec. 31.

The Raleigh Acorn is lowered to ring in the New Year. While the acorn has…

Getting to downtown for First Night Raleigh 2016 just got easier! Thanks to the City…