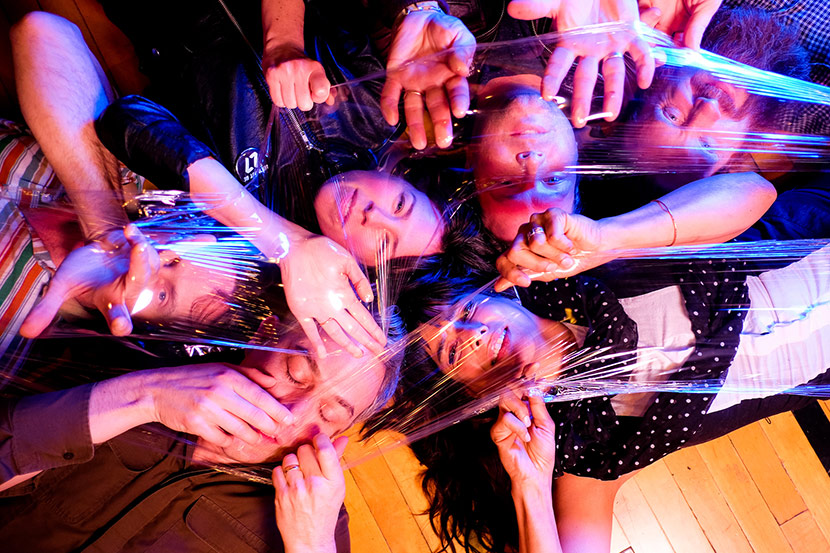 Artsplosure, the presenter of First Night Raleigh, today announced the festival’s lineup of visual and performing artists and special programs. Taking place in downtown Raleigh on Dec. 31, patrons will experience an unforgettable New Year’s Eve, including musical and visual performances, a daytime DIY Festival and other activities.

Admission for First Night Raleigh 2017 is now on sale at:

This year’s festivities kick off at 2:00 pm with the brand new DIY Festival at NC Museum of History, NC Museum of Natural Sciences and outdoors on the Bicentennial Plaza.

The DIY Festival will feature a multitude of workshops and demonstrations from professional artists, musicians and craftsmen. Adults and children alike can try out something new, from ukulele to weaving and pottery! Art Putt, a miniature golf course and interactive art installation, will return to this year’s First Night Raleigh in the newly-renovated Market Plaza between Fayetteville and Wilmington Streets.

In addition to its December 31st offerings, First Night Raleigh is also hosting an array of DIY December workshops in the weeks leading up to New Year’s Eve. With purchase of a First Night Raleigh $10 All Day Pass wristband, workshop attendees can learn a new skill for the New Year! Workshops include crafting an ornament at downtown retailer Ramble Supply Co from 6-8pm on December 6th, helping create a film-photography hand-tinted collage of Raleigh with photographer Katy Walls from 6-9pm on December 8th or even learn metal stamping at local retailer Edge of Urge from 2:00 pm – 4:00 pm on December 10th.

Visual, Musical, and Other Performances and Activities

After an afternoon of miniature golf and crafting, attendees can walk in the annual People’s Procession at 6 pm, which culminates with the early countdown at 7 pm at City Plaza. Attendees can also enjoy performances at the main stage starting at 5 pm Later into the night, the streets of Raleigh come alive with performances taking place in more than 20 blocks of downtown Raleigh.

Raleigh favorite Birds of Avalon will headline this year’s main stage leading up to the countdown to 2017. Joining them will be local band Jack the Radio, starting at 9:30 pm Ira David Wood III and his son, Ira David Wood IV, return as the countdown master of ceremonies, with the famous acorn dropping at midnight while fireworks are shot off into the night sky.

The Fantastical First Night Ferris Wheel returns to Fayetteville Street and will be joined by the debut of “The Sea Ray,” a giant, swinging pirate ship that will sail the seas of Fayetteville Street. Both amusements will open to the public at 2 pm on the afternoon of Dec. 31.

The full lineup can be found by downloading the First Night app on your iPhone or Android or by visiting FirstNightRaleigh.com, with admission on sale now for $10* when purchased in advance. On December 31, on-site sales will be $14** for adults and $11** for children.

Our mobile app is available NOW through the iTunes store, and will be coming soon…